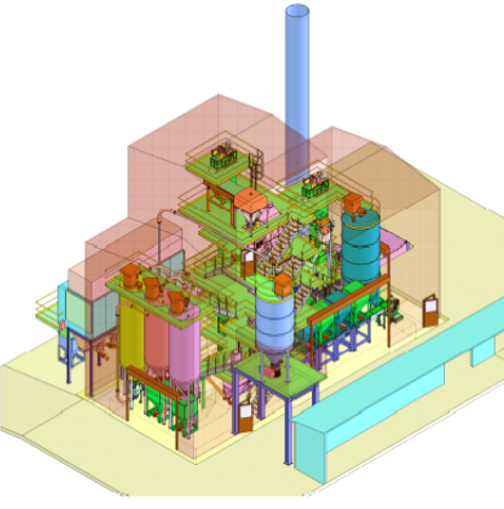 La Fonte Ardennaise (LFA) is going to install a new foundry sand regeneration unit at Vivier-au-Court (Ardennes) at an investment cost of 4 million euros. A first in France in the subcontracting sector.

In the future, La Fonte Ardennaise wants to recycle 90% of the sand used in its foundries in the Ardennes.

A major player in the Ardennes economy with 650 employees on its production sites at Vrigne-aux-Bois, Vivier-au-Court and Haybes, La Fonte Ardennaise is getting ready to invest 4 million euros in 2021 in a mechanical foundry sand regeneration unit to be installed at Vivier-au-Court.

"The unit will eventually allow us to reuse up to 90  % of the sand in the production process. It will also avoid 20,000 tonnes of sand being put in the Eteignières landfill, it will reduce the flows of trucks between our plants and the Plateau (1,000 trips per year) and to save natural quarry sand resources while reducing greenhouse effect gases" explains Nicolas Grosdidier in a somewhat trendy eco-responsible and virtuous approach to environmental challenges.

Nicolas Grosdidier, the Chairman of the LFA Group presented the project to the Ardennes Prefect, Jean-Sébastien Lamontagne.

This innovating bet on the future will be presented as part of the government’s “France Relance” Plan.  LFA senior management responded to the request for proposals in July 2020 by requesting the support of the public authorities. Naturally, they hope that once examined, their project will be accepted so that the investment in the field can start as quickly as possible.

Anyway, the project seems to be perfectly in line with the 100 billion euro plan deployed by the government around three themes: ecology, competitiveness and cohesion.

Ten jobs will be created to monitor and operate this new process.